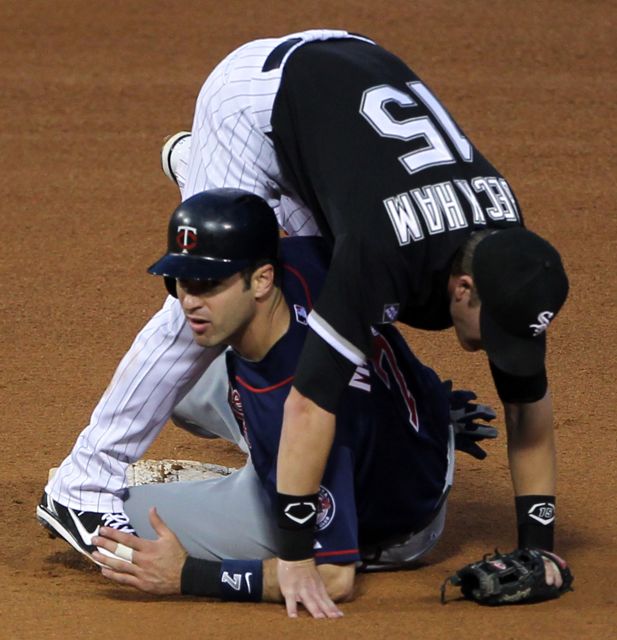 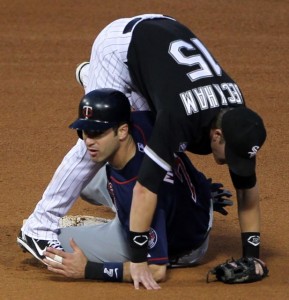 CHICAGO — Until his final few years in the Windy City, Mark Buehrle was a major Twins nemesis. Buehrle has taken his talents to South Beach and the Miami Marlins, but another lefthander has arrived to replace him as a pain in the Twins’ necks.

He’s Chris Sale, a 23-year old from Lakeland, Fla., who dominated the Twins on Wednesday night as Chicago pulled away to a 6-0 victory at U.S, Cellular Field. Where Buehrle is a professor of precision, Sale packs power. Sale’s fastball reached 94 miles per hour Wednesday to go with a hard slider and changeup.

Sale, in his first career start against the Twins, held them to two hits and two walks in seven innings. Their two hits were Joe Mauer’s infield single in the first and Trevor Plouffe’s bloop single to right in the fifth. The Twins couldn’t square one up against the kid all night and went on to lose for just the sixth time in their past 20 games at The Cell.

Twins lefthander Scott Diamond dropped to 3-1, ending an impressive run after he was called up from Class AAA Rochester to steady a sinking rotation.

Diamond went six innings but only two of the five runs off him were earned. He walked two and struck out six before being replaced by Alex Burnett for the bottom of the seventh inning.

Diamond deserved a better fate. His hitters tried to hit Sale and failed. His fielders forgot they had committed only 20 errors coming into the game. Chicago did collect nine hits off Diamond, so he was far from dominant.

It wasn’t just the Twins offense that struggled, it was their gloves. They committed three errors to help the White Sox cause.

Carroll’s error came on what should have been a double play ball in the first inning, but he mishandled Gordon Beckham’s grounder, allowing runners to reach first and second. Adam Dunn followed with an RBI single to center to open the scoring for the White Sox.

It was Diamond’s fault in the fourth inning when he gave up a leadoff single to Paul Konerko then threw a fastball belt-high and middle-in to Alex Rios, who pounded it into the seats in left for a two run homer and 3-0 Chicago lead.

Konerko led off the sixth with a single, then Rios lofted a fly ball toward the right-field foul line that Darin Mastroianni appeared to struggle to track down, then had hit tick off his glove for an error. A.J. Pierzynski followed with a RBI double and Konerko later scored on a groundout to give the White Sox a 5-0 lead.

Konerko just won’t acknowledge the fact that he’s 36 years old. He hit a solo homer in the seventh to push Chicago’s lead to 6-0 and cap a 3-for-4 night that raised his batting average to .381.

Buehrle was 27-19 against the Twins in his career, easily the most wins against any opponent. If Sale can stay healthy and keep developing as a pitcher, he could be tough on the Twins in the A.L. Central for a long time.

The Twins and White Sox will meet Thursday night in the rubber game of the three-game series.