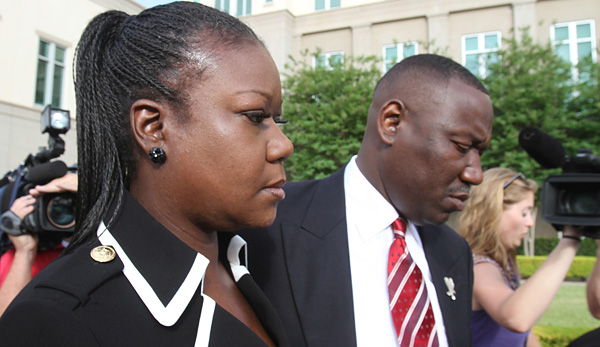 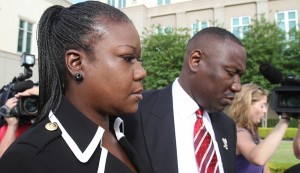 By Rene Stutzman and Jeff Weiner, The Orlando Sentinel –

ORLANDO, Fla. — After more than a week in jail, George Zimmerman just found out that he will be allowed bail on the second-degree murder charge he faces in the death of 17-year-old Trayvon Martin.

Judge Kenneth Lester said Zimmerman’s bond will be set at $150,000. He will be placed on GPS monitoring, and will not be released from custody Friday.

Zimmerman arrived in court about 9 a.m., wearing a suit and tie and handcuffs, with a chain across his waist. He was seated next to his attorney, Mark O’Mara.

Minutes before the judge ruled on his bond, Zimmerman took the stand and apologized to Trayvon Martin’s family.

“I did not know if he was armed or not,” Zimmerman said of Martin on the night of the shooting. He said he’s sorry for the Martin family’s loss.

Asked why he waited so long to apologize, Zimmerman said he was told not to reach out to the family. He denied having changed his version of events during the investigation.

After brief testimony from Zimmerman, his attorney argued that his bail should be set at $15,000. O’Mara cited Zimmerman’s financial difficulties in arguing for the bond. He also pointed out that Zimmerman has been cooperative with law enforcement.

“He came in voluntarily and surrendered himself to law enforcement,” O’Mara said. “He is well established in the community.”

Prosecutor Bernie De La Rionda argued that the court should consider that Trayvon Martin “was minding his own business.” He was not committing a crime, De La Rionda said.

State Attorney’s investigator Dale Gilbreath testified earlier. O’Mara questioned him about the probable cause affidavit he signed for the second-degree murder charge. Gilbreath said he did not expect to testify at the hearing.

O’Mara grilled Gilbreath on his use of the word “profiling” in describing Zimmerman’s behavior that night, asking why he used the term. Gilbreath said the term indicates that Zimmerman saw the teen, then formed an opinion of him not based on any facts.

O’Mara asked Gilbreath about unattributed statements in several sections of the affidavit.

“‘Zimmerman confronted Martin.’ Those words, where’d you get them from,” O’Mara asked.

“According to one of the witnesses that we talked with, there were arguing words going on before this incident occured,” Gilbreath said. He said “confronted,” the word O’Mara took issue with, was one of probably 30 he could have used.

Prosecutor Bernie De La Rionda then questioned Gilbreath. He asked if there was any evidence that Martin shouldn’t have been in the neighborhood where the shooting occurred, or was breaking any law. Gilbreath said no.

Gilbreath testified that there is video of Martin buying Skittles and iced tea before the shooting. He also said that Martin was unarmed.

During further questioning by O’Mara, Gilbreath admitted that the state has no evidence who started the fight. There is also no evidence that Zimmerman didn’t walk back to his car after chasing Martin on foot, as the defendant has claimed.

However, he said that Zimmerman’s statements, as well as his description of the injuries he suffered, are contradicted by other evidence in the case.

As the hearing began, O’Mara surrendered Zimmerman’s passport. Then, members of Zimmerman’s family began testifying by phone, as had been arranged Thursday.

Gladys Zimmerman testified that her son was active in protesting in 2010, when a Sanford police lieutenant’s son was caught on camera punching a homeless man outside a bar. George handed out flyers advocating for an arrest, “so that poor man could have justice,” she said.

She said her son is very protective of people, regardless of race. He also worked as a mentor for children in need, she said.

Zimmerman’s father, Robert Zimmerman, said he would alert the court if his son failed to adhere to the conditions of his bond.

He said he doesn’t have much money to help his son with bail, but would take a second mortgage on his home to help secure his son’s release.

“I’m a disabled veteran, and don’t have a great deal of income,” the elder Zimmerman said. Of his son, he said, “I’ve never known him to be violent at all unless otherwise provoked, then he’d turn the other cheek.”