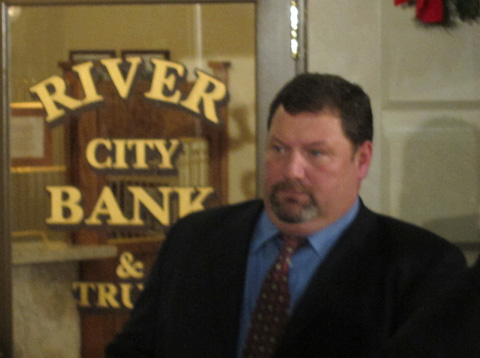 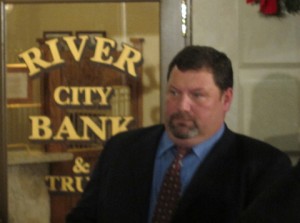 In a letter to Cerro Gordo County Republicans, chairman of the Cerro Gordo County Republican Party John Rowe (pictured) issued the following information to the public in order to help clarify what he says really happened to the ballots that helped decide the winner of the Republican caucuses that were held January 3rd.  Mitt Romney was originally declared the winner by 8 votes, but it is now said that Rick Santorum won by 34 votes.

I am very upset at how this is being portrayed that somehow ballots are lost or missing.  This is not the case.  Bear with me while I try to explain.  Each individual precinct has forms that must be filled out and signed, by the temp caucus chair and temp secretary. They are FORM A, SUPPLEMENTAL FORM A, FORM B, FORM C, FORM D AND THE ALL IMPORTANT FORM E.  Every one of the forms, with the exception of FORM E is in triplicate. For whatever reason, FORM E is a single page. It is FORM E that has the individual precinct results, and signed. That form along with the top copies (white page) of all the other forms, AND ALL of the bubble sheets provided by the Auditors office get sent to the RPI Headquarters. Cerro Gordo’s stack that I personally mailed, certified with delivery confirmation, was over 12 inches high. That is just our county….now take that over the other 98 counties and you can begin to imagine the amount of papers they had to sort in Des Moines.

I can assure you…EVERYTHING WAS IN ORDER when I mailed it. We, the county temp chairs, secretaries, building people, central committee and myself did nothing wrong.

I have received so many phone calls today (Thursday,January 20th) from the press. Some were trying to pin the blame on either myself, our county, or the process. Not one reporter I talked to…and it was many today…had any idea to the sheer volume of papers counties had to send in. Most thought it was simply one sheet of paper. When contacted by Bill Schickel a couple of days ago, I told him I have the ballots and the tally sheet from the county where they took the incoming calls for the results. Everything is in order. The state RPI would not allow us to fill out a new FORM E. I am not happy how they portrayed that this is a county issue and made it sound like some ballots were missing, or ballots miscounted. I believe they should have stated that we have all the numbers in, but because FORM E is missing, we cant certify that particular precinct. That would at least show people a better picture of what is wrong.

I take honesty and intergrity very serious. In my business, my reputation is everything. When it is questioned, I take it very serious and personal. Some reporters even wanted to call the precinct chair and secretary. I refused. There is no need to pull them in.  I am the Chair.  I will take the heat. But I can assure that Cerro Gordo County ran a great caucus, we did everything by the book. For that you all are to be thanked.

In the future, it would be nice if the state RPI would make FORM E in triplicate, that way the pink copy gets filed with the Auditors office and that would help clear up any future descrepency.