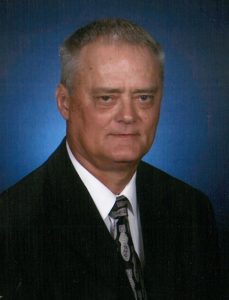 John Schlump, 70, of Charles City, passed away Tuesday, August 1, 2017 at his home with his loving family by his side.

Visitation will be at Hauser Funeral Home in Charles City from 5:00 to 7:00 p.m. Friday, August 4, 2017 and will continue one hour prior to the service at the church on Saturday.

John William Schlump, the son of Herbert and Violet (Fletcher) Schlump, was born March 24, 1947 in Davenport, Iowa. He attended school in Le Claire, Iowa and Bettendorf, Iowa, graduating from Bettendorf High School in 1965. John continued his education at Iowa State University for one year before being drafted into the United States Army. He served his country stateside during the Vietnam War from 1967 until his honorable discharge in 1969.

John began working for the United States Postal Service in 1969 in Davenport as a Clerk in Accounting and became Superintendent of Windows in Rock Island. On November 10, 1979, John was united in marriage to Laurel (Knickrehm) Dreher in Davenport, Iowa. The couple moved to West Liberty that same year where John continued his career as Postmaster and finally in 1988, he became Postmaster in Charles City until his retirement in 2008.

John waited to retire until he had served as Postmaster for 20 years so that he would be the longest serving Postmaster on record in Charles City.

John was a member of Saint John Evangelical Lutheran Church, Charles City Rotary, Elks and NAPUS (where he served as Past President, Past Vice President and Past Secretary for Iowa). He enjoyed golfing, fishing, woodworking, gardening, manicuring his lawn and he loved spending time with his family, especially his grandchildren.

He was preceded in death by his parents; two brothers: James and Joel Schlump; and father-in-law, Edwin A. Knickrehm.

In lieu of flowers the family suggests donations to Iowa Donor Network.