COLORADO SPRINGS, COLORADO – A man reported to have a violent past entered a Planned Parenthood clinic Friday with an assault rifle and killed three people, including a police officer who responded to the scene. 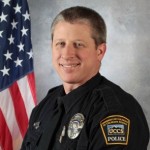 Garrett Swasey is now identified as the police officer from Colorado Springs who was killed in a standoff at a Planned Parenthood clinic. Swasey, age 44, responded in support of Colorado Springs Police to the active shooter situation at about 11:50 AM Friday. He was a co-pastor, skating champion, and father of two, the Washington Post reported.

The standoff lasted for hours, according to reports, and gunfire was traded throughout. Multiple persons were injured before the gunman, 57-year-old Robert Dear, was caught and arrested. It’s been reported that he has a violent history, but police had no proof of a motive or reasoning behind his attack, although a Planned Parenthood official blamed a “poisonous environment” in America for leading to shootings like this one.

Planned Parenthood has long been under siege. Attempts to de-fund the agency – which performs abortions – have gained some traction and is strongly supported by the Christian right wing of the Republican party. This shooting is the latest attack on Planned Parenthood.

Reaction was swift, however, even from a powerful anti-abortion voice: GOP Presidential candidate Ted Cruz who said “Praying for the loved ones of those killed, those injured & first responders who bravely got the situation under control in Colorado Springs” via social media. 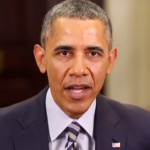 “The last thing Americans should have to do, over the holidays or any day, is comfort the families of people killed by gun violence — people who woke up in the morning and bid their loved ones goodbye with no idea it would be for the last time.

And yet, two days after Thanksgiving, that’s what we are forced to do again.

We don’t yet know what this particular gunman’s so-called motive was for shooting twelve people, or for terrorizing an entire community, when he opened fire with an assault weapon and took hostages at a Planned Parenthood center in Colorado. What we do know is that he killed a cop in the line of duty, along with two of the citizens that police officer was trying to protect. We know that law enforcement saved lives, as so many of them do every day, all across America. And we know that more Americans and their families had fear forced upon them.

This is not normal. We can’t let it become normal. If we truly care about this — if we’re going to offer up our thoughts and prayers again, for God knows how many times, with a truly clean conscience — then we have to do something about the easy accessibility of weapons of war on our streets to people who have no business wielding them. Period. Enough is enough.

May God bless Officer Garrett Swasey and the Americans he tried to save — and may He grant the rest of us the courage to do the same thing.”

“Once again, the tragedy of gun violence has been visited on an American community. Our hearts are heavy with shock and grief for the families who lost loved ones in the senseless attack at the Planned Parenthood in Colorado Springs yesterday – and we join in honoring the heroism of police officer Garrett Swasey, killed responding to the shooting.

“Our thoughts and prayers are with the wounded and with the entire Colorado Springs community as they heal from the terror of yesterday. But we owe the victims and their families more than just our words.

“Congress has a moral responsibility to act to stop gun violence from shattering the peace in our communities, schools, health centers, and homes. In offering our sincerest condolences to the victims and survivors of this terrible tragedy, we must also strive to ensure that not one more family is forced to suffer the senselessness of preventable gun violence.”

Hillary Clinton said “Today and every day, we Stand with Planned Parenthood.”

Bernie Sanders said he “strongly support(s) Planned Parenthood and its work and hope people realize that bitter rhetoric can have unintended consequences.” 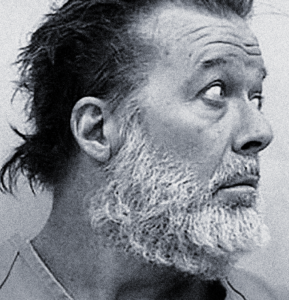