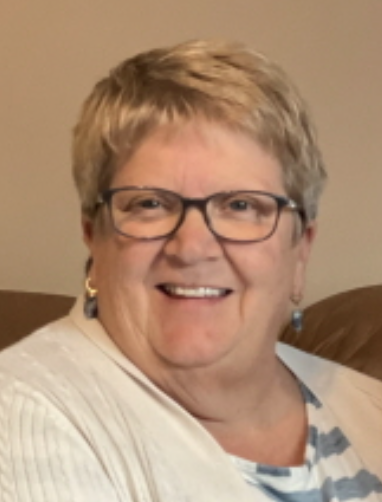 Jody G. Pals (Lightbody), 63, of Mason City passed away Friday, June 17th, 2022 at her home in Mason City due to complications with Alzheimer’s and non-alcoholic liver disease. A funeral service will be held at 10:30 A.M., Thursday, June 23, 2022, at Richland Lutheran Church in Thornton, IA with Pastor Robert Harting officiating. Visitation will be held from 4 to 6 P.M., Wednesday, June 22, 2022, at Major Erickson Funeral Home and Crematory, 111 N. Pennsylvania Ave., Mason City and will resume one hour prior to services at the church. Interment will be held in the Richland Lutheran Cemetery. Memorials may be directed to the Caring Pregnancy Center in Mason City.

Jody G. Pals, the daughter of Larry and Judith (Schonemann) Lightbody, was born on August 29, 1958, at Mercy Hospital in Mason City. She attended Meservey-Thornton school and later completed the Dental Assistant Program at Iowa Central Community College. On August 26, 1978, she married Bart Pals of Meservey, at Richland Lutheran Church in Thornton. Jody and Bart resided in Mason City where she worked as a dental assistant for over 20 years. She later worked with Bart on his construction business. Jody enjoyed many things including baking, being a 4-H leader, traveling, the Iowa State Cyclones and of course her beloved family. Her greatest joy in life was being a mother and grandmother.

She was a member of Our Saviours Lutheran Church in Mason City.

She was preceded in death by grandparents George and Edna Mae Lightbody and William and Grace Schonemann.