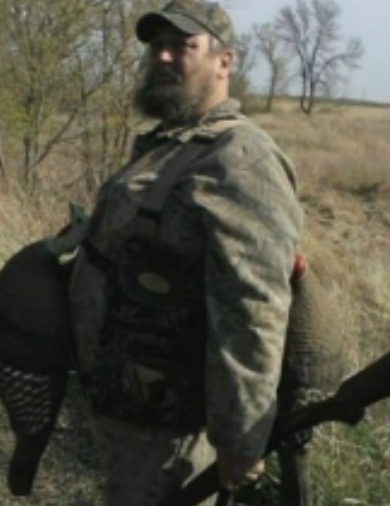 Goat attended Algona High School where he wrestled and played football, even qualifying for state wrestling. He graduated in 1971, before working various construction jobs. Goat loved building things for his family, including a chicken coop that Rose adored.

In his free time, he enjoyed doing anything outside, from hunting and fishing to wood working and trapping. Goat loved animals, having many pets of his own. He has always had a dog by his side, even when he took his last breath. He was a member of the First United Methodist Church in Algona, and the 10 Gauge Club.

He was preceded in death by his father, R. Dwight Simpson, brothers, Richard and Jim Simpson, partner, Rosemary Hutchison and son-in-law, Jason Radunz.