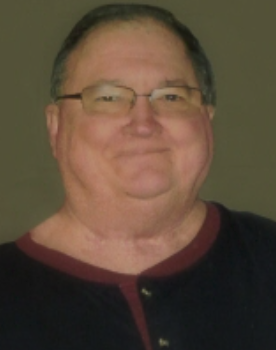 A funeral service for Roger Ramthun will be held at 12:00 p.m. on Thursday, September 8, 2022 at Immanuel Lutheran Church east of Rockwell City, Iowa with pastor Chadric Dietrich officiating. Burial will be at Rosehill Cemetery in Rockwell City.

Visitation will be held from 5:00 to 8:00 p.m. at Hauser Weishaar Funeral Home in Charles City, Iowa on Wednesday, September 7, 2022 and will continue at 10:30 a.m. at the church prior to the funeral service on Thursday.

Roger Leonard Ramthun was born March 27, 1950 in Lake City, Iowa to Leonard and Iola (Loveless) Ramthun. He attended school K-8th grade at Immanuel Lutheran School and graduated from Rockwell City High School in 1968. Roger then continued his education at Iowa Central Community College in Fort Dodge and the University of Northern Iowa in Cedar Falls, graduating with a BA in English in 1972.

After graduation, Roger taught English and coached in Wauneta, Nebraska for two years and then moved to Leon, Iowa where he taught 7th and 8th grade English and coached wrestling for nine years. In 1978, he married Susan Buck, the math teacher across the hall. In 1979, they were blessed with their son, Matthew Roger.

Roger and his family moved to Charles City, Iowa in 1983 where he taught 9th and 10th grade English and speech. He retired from teaching in 1999. After retirement, Roger helped with some substitute teaching in area schools, worked at Outdoor Designs Landscaping, Lowes, and Ace Hardware.

Roger was a caring individual who could always bring a smile to your face. He never met a stranger, and, as a teacher and coach, influenced many young lives. The top priorities in Roger’s life were the three F’s: faith, family, and friends.

In lieu of flowers the family asks that memorials be given to Immanuel Lutheran Church, 3010 270th Street, Rockwell City, IA 50579.