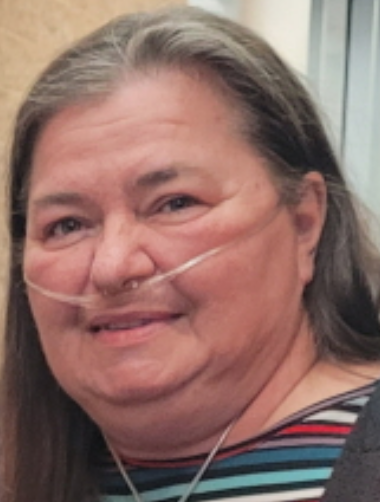 Shelly Rae Miller, 59, of Charles City, passed away Saturday, August 6, 2022 at her daughter’s home in Floyd surrounded by her loving family.

A funeral service for Shelly Miller will be held at 2:00 p.m. on Wednesday August 10, 2022 at Hauser Weishaar Funeral Home in Charles City with Pastor Mechille Boldt from Grace United Methodist Church in Floyd officiating. Burial will be at Riverside Cemetery in Charles City.

Visitation will be on Tuesday, August 9, 2022 at Hauser Weishaar Funeral Home from 5:00 to 7:00 p.m. and will continue one hour before the service at the funeral home on Wednesday.

Shelly Rae (Siewertsen) Miller, the daughter of John and Rosa Beth (Siewertsen) Bass, was born January 6, 1963 in Cedar Rapids. She attended school through the Charles City School System and continued her education at NIACC receiving her CNA Certification.

Shelly was united in marriage to Charles “Chuck” Miller on September 28, 1992 in Charles City. The couple made their home in Charles City for most of their married life and raised their family. Shelly worked at several retirement homes as a CNA, but the most recent was the Salsbury Baptist Home in Charles City. She also worked at Sara Lee in New Hampton for over 10 years until it closed, and after all of her children graduated high school she became a housewife and also started her grandma duties to watch her grandchildren at home.

Shelly enjoyed gardening, collecting carousels, hot rods with Chuck and just being outside to enjoy nature. Her biggest passion in life was her grandchildren. Shelly’s life revolved around her six grandchildren once they started arriving in the world. She would drop anything to be with them whenever needed. Shelly will be greatly missed by all those who loved her so much.

Shelly was preceded in death by her parents, John and Rosa Beth Bass; brother, Jerry Bass; and sister, Connie Driver.