DES MOINES – A convicted Iowa felon who distributed nearly a pound of methamphetamine and possessed a gun was sentenced to more than 30 years in federal prison.

The evidence at trial showed that Webb drove from Des Moines to Dubuque to sell nearly one pound of methamphetamine during a controlled buy for $6,000. Following the drug sale, officers found a loaded firearm underneath the driver’s seat of Webb’s car, where he had been sitting. The drug distribution occurred inside a carwash that was located within 1,000 feet of a public playground located at Cleveland Park, Dubuque. Webb has a previous felony conviction for possession with intent to deliver methamphetamine and was also a user of methamphetamine and marijuana. Information at sentencing showed that Webb had previously been convicted of two felonies involving controlled substances, which classified him as a career offender.

Webb was sentenced in Cedar Rapids by United States District Court Judge C.J. Williams. Webb was sentenced to 380 months’ imprisonment. He must also serve a ten-year term of supervised release after the prison term. There is no parole in the federal system.

Webb is being held in the United States Marshal’s custody until he can be transported to a federal prison. 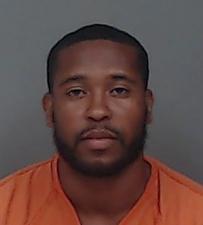