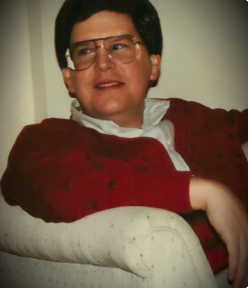 Ryan Joseph Lynch was born on May 13, 1952, to Joseph E. Lynch, Jr. and Mary Adine (Kunz) Lynch in Algona, Iowa. He enjoyed spending lots of time outdoors as a boy and was an avid swimmer and a longtime member of the Algona Swim Team. He graduated from Algona High School in 1970 and went on to attend Drake University in Des Moines where he completed both undergraduate and Law School. In 1975, he married his high school sweetheart, Mary Kay Scherer. In 1977, Ryan graduated from Law School and returned to Algona and practiced law with his father at the Lynch & Lynch Law Office.

From their marriage, Ryan and Mary Kay welcomed four children, Maren, Joseph, Amelia, and Jonathan. Ryan was very proud of his children and enjoyed taking them on hikes to Call State Park. Before embarking on their hikes, he made sure everyone picked out their own walking stick. He also enjoyed teaching them how to play board games and card games, especially Risk and Gin Rummy. One of his favorite things to do was to swim with his family. There would often be races and games of Marco Polo. He also thoroughly enjoyed watching his teams play, specifically Notre Dame and the Iowa Hawkeyes. On occasion, he could be heard loudly cheering from the living room on Saturday mornings.

Ryan was very dedicated to his Catholic Faith and was a man of deep spirituality. He was instrumental in bringing EWTN to our local television viewing area. He enjoyed the many friends from his local prayer group and the friendships they shared with him. He was also involved in a prayer circle and over the years, he was able to help pray for any number of people. He loved his home parish of St. Cecelia Catholic Church in Algona and any time he could make it to Mass was a good day for him. He found great peace, comfort and enjoyment in listening to religious music.

Ryan left this world for his home in Heaven on October 19, 2021, surrounded by his family. He is survived by his children, Maren Lynch, Joseph Lynch and Amelia Yule (Kris); his grandchildren, Ray Yule, Kolby Yule, Hannah Yule, Quinnlyn Yule and Carson Yule; his brothers, Kevin Lynch and Shannon Lynch (Cindy), and two nephews, Taylor Lynch and Cameron Lynch.