Charles City woman cited by police after running over pedestrian

This news story was published on October 11, 2020.
Advertise on NIT • Subscribe to NIT 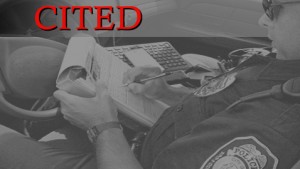 CHARLES CITY – A Charles City woman was cited by police after running over a pedestrian.

The accident took place on Monday, October 5 at about 5:12 AM, when police were summoned to the intersection of Highway 18 and Clark Street. After an investigation, police determined that A driver had struck a pedestrian there. Patricia Ragsdale, age 34 of Charles City, was operating a brown 2008 Buick Enclave. Upon making a left a turn on to Highway 18 from Clark Street, she struck Kathleen Hill, age 59 of Charles City, who was walking eastbound on Clark Street and crossing the road. Hill was transported to a hospital via ambulance for minor injuries. Ragsdale was cited for failure to yield to pedestrian.