This news story was published on October 6, 2020.
Advertise on NIT • Subscribe to NIT

CEDAR RAPIDS – A Waterloo man who escaped from a halfway house where he had been ordered to reside by a federal court was sentenced today to an additional four months in federal prison.

Zavyon Nix, age 23, from Waterloo, Iowa, received the prison term after a guilty plea to one count of escape from federal custody. Nix was originally sentenced to 30 months’ imprisonment for possession of a firearm by an unlawful drug user in United States District Court in Cedar Rapids on June 6, 2017, with a term of supervised release to follow. As a condition of Nix’s supervised release, he was required to reside in the Waterloo Residential Correctional Facility. He walked away from the facility and was missing for approximately a month. The United States Marshal’s Service apprehended Nix at his mother’s residence.

Nix was sentenced in Cedar Rapids by United States District Court Judge C.J. Williams. Nix was sentenced to four months’ imprisonment and fined $100. He must also serve a three-year term of supervised release after the prison term. There is no parole in the federal system.

Nix is being held in the United States Marshal’s custody until he can be transported to a federal prison. 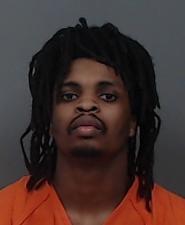