This news story was published on August 9, 2019.
Advertise on NIT • Subscribe to NIT

MARSHALLTOWN – A Marshalltown man was robbed at gunpoint this week.

On August 5, 2019, at approximately 4:00 am, an employee of Zamora Fresh Market (4 E. Main St) reported he was robbed at gunpoint and his vehicle was stolen.

A short time later, police located the victim’s vehicle near the intersection of 6th Street and Jerome Street.

An officer on patrol remember seeing a vehicle in the area shortly before the robbery and using Crime Stopper video surveillance cameras in the area, police were able to identify a suspect. The suspect, Samuel Patrick Williams-age 30, was taken into custody a short time later on an unrelated warrant. A search warrant was served at Williams’s residence and on his vehicle where possible evidence was recovered.

Williams was interviewed at the police department after which he was arrested for Robbery 1st degree. Williams was transported to the Marshall County Jail to await his initial appearance.

Robbery 1st degree is a class B felony. 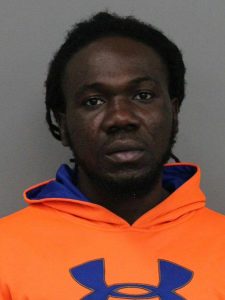