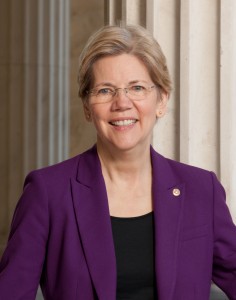 MASON CITY – Democratic Presidential candidate Elizabeth Warren is coming to Mason City this weekend for a meet and greet at a local brewery.

Warren, a U.S. Senator from Massachusetts, arrive in Mason City on Saturday, May 4, and will be at Mason City Brewing. Doors open for the event at 12:45 PM and the event will begin at 1:30 PM. This event is free and open to the public, so feel free to bring your friends and family along too. Tickets aren’t required, but an RSVP is strongly encouraged. Admission will be first come, first served.

According to a social media post from Cerro Gordo Democrats, “Elizabeth knows that to create real change – to rebuild the middle class and save our democracy – we need to dream big and fight hard. That’s why she’s in this fight: to have a real conversation about how to level the playing field for working families, and who is best to lead that fight.”

Warren has been a top critic – and target – of President Donald Trump. He has referred to her as “Pocahontas” after her questionable revelations that she is a Native American, and she has called for Trump’s impeachment after release of the controversial Mueller Report.