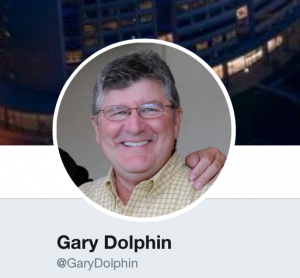 IOWA CITY – Learfield, the exclusive multimedia rights holder for University of Iowa Athletics, today announced a two-game suspension for Hawkeyes’ men’s basketball play-by-play announcer Gary Dolphin. The suspension follows comments by Dolphin Tuesday night on the Hawkeye Radio Network men’s basketball broadcast during what should have been a commercial break in the Iowa-Pittsburgh game at Carver-Hawkeye Arena.

Dolphin made derogatory comments on the play of Iowa’s Maishe Dailey and recruiting of Iowa players into the program.

Dolphin, long-time voice of the Hawkeyes, is joined by color commentator Bobby Hansen on the basketball broadcasts, which are managed by Learfield. At the conclusion of last night’s game, Dolphin addressed the issue on the Hawkeye Radio Network. Following is an excerpt from his lengthy apology:

“We want to offer a public apology, and it won’t happen again. You have to assume there’s an open mic all the time, and that is no excuse. We said it. We own it. So our sincere apologies on behalf of the Hawkeye Radio Network to Coach McCaffery and his team.”

“Gary knows we are extremely disappointed in the comment he made about Maishe Dailey and the impact his remark had on our players and staff,” said Henry B. and Patricia B. Tippie Director of Athletics Chair Gary Barta. “The two game suspension is a result of those comments, as well as some ongoing tensions that have built up over the past couple of years. This time away from the microphone will allow a chance to work through some of these issues. I truly appreciate the time and energy Gary puts into promoting Hawkeye Athletics. I’m extremely proud of our student-athletes and coaches’ great start to the season. All focus and attention is on beating Wisconsin Friday night.”
“We unfortunately encountered a technical error at our network broadcast operations center that allowed off-air comments to be aired during a portion of the first-half commercial break,” said Learfield Vice President-Broadcast Operations Tom Boman. “We thoroughly reviewed the situation here at our Broadcast Ops center to ensure this doesn’t happen again, and we’ve also been communicating closely with Gary Barta and his administration, the entire broadcast team and our local Hawkeye Sports Properties staff.”

Dolphin’s replacement for the games on Friday and Monday will be announced when finalized.