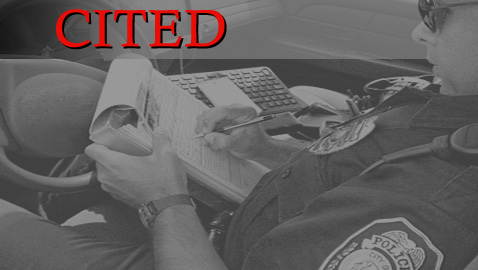 GREENE COUNTY, IOWA – On November 3, 2018, a DNR Conservation Officer received a call from a man who came upon a scene of a woman who had hit a deer on N Ave. between 185th and 190th streets in Greene County. The man waited for a sheriff’s deputy to arrive. Once the deputy arrived, the man asked the deputy about a salvage tag. Greene County Sheriff’s Deputy Kirk Hammer declined to issue him salvage tag.

According to state code, a salvage tag should be first issued to the individuals involved in the accident, and if not interested, then to any bystanders at the scene. A salvage tag was not issued.

Later in the day, the same man drove past the scene and observed Greene County Sheriff’s Deputy Kirk Hammer in uniform near the deer cutting the antlers off of the deer with a saw.

Officer Haupert explained to Deputy Hammer that it is unlawful to keep the antlers without a deer tag or salvage permit and with a salvage permit the whole deer would need to be removed from the ditch, not just the antlers.

On November 12, a citation was issued to Deputy Hammer for unlawful possession of Whitetail deer antlers, Iowa Code section 481A.38, with a fine totaling $195.