Worth county gets new Supervisor after Stone defeats Bartz

Republican Merlin Bartz was defeated by A.J. Stone 669-430 in the District 1 Supervisor election in Worth county. Bartz was a former state legislator who ran an office for Congressman Steve King in Mason City for a some time. He was elected in a special election held in January of 2015.

After the election loss, Mr. Bartz released a statement, saying, “It has indeed been an honor and privilege to serve the citizens of Worth County the past three and one half years after being elected in the January 27th, 2015 special election. I have appreciated the trust and confidence my constituents have placed in me in moving Worth County forward and am very proud of the progress the Worth County Board of Supervisors has accomplished in this short timeframe. I congratulate Supervisor-elect A.J. Stone on his election victory and look forward to working together with him over the course of the next two months as the District 1 Supervisor area transitions from my leadership to his. I have personally called Mr. Stone to wish him well and am in the process of sharing with him all my upcoming supervisor commitments in order that he may also attend these meetings to begin the process of education and acclimation regarding his new duties and obligations. I trust he will take these opportunities in order that he will be able to hit the ground running in January of 2019 and keep Worth County moving forward Lisa and I would also like to take this opportunity to thank all of those who have supported me with their words of encouragement, efforts, and financial support throughout the course of the campaign. Though I am truly disappointed with the outcome, I continue to have faith in our governmental system. We are looking forward to the next great adventure, whatever that may be!” 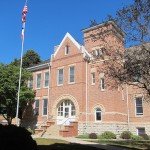