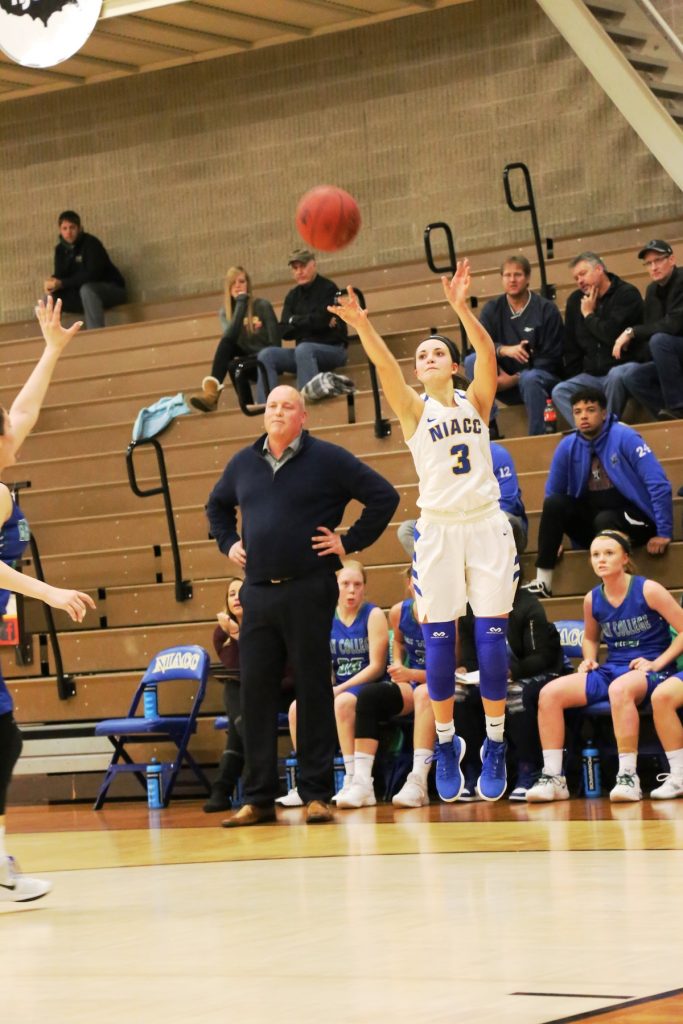 Willems, who prepped at AGWSR, scored 45 points, including 10 three-point goals, in No. 10 NIACC’s win over Bay College on Saturday at the Konigsmark Klassic.

The 45 point-performance ranks second on school’s single-game scoring list and the 10 3s is tied for fourth on the all-time single-game list.

In No. 10 NIACC’s 95-89 overtime win over No. 7 Illinois Central on Friday, Willems scored 18 points and had eight rebounds, five steals, and three assists.

Willems is the first NIACC women’s player to earn the national player of the week award since Courtney Larson won the award in the first week of the 2016-17 season.

NIACC (2-0) returns to action at 2 p.m. Friday against Marshalltown CC at the Dale Howard Classic in Iowa Falls.