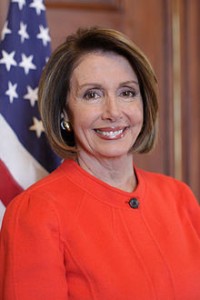 “The Special Counsel’s indictments make absolutely clear that the Russians perpetrated a strategic effort to undermine and influence the 2016 U.S. presidential election to support the campaign of Donald Trump, and are continuing to interfere with our elections. As desperately as President Trump insists that the Special Counsel investigation is a ‘hoax’, these latest indictments build on multiple guilty pleas and indictments of several Trump campaign officials, demonstrating the gravity of the Trump-Russia scandal.

“It is imperative that the Special Counsel investigation be allowed to continue to follow the facts on the Trump-Russia scandal, unhindered by the White House or Republicans in Congress. The American people deserve to know the full extent of Russia’s interference in our election and the involvement of Trump officials. Yet, disturbingly, the President has not presented a strategic plan to confront the Russians and refuses to enact the sanctions against Russians as required by Congress. Nor has the Republican-controlled House acted to secure our election system from further Russian and foreign interference.

“We are on the eve of the 2018 midterm elections. There is no time to waste to defend the integrity of our elections and our democracy.”