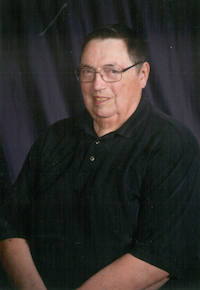 A funeral service for Robert Smith will be held at 10:30 a.m. Thursday, February 1, 2018 at Trinity United Methodist Church in Charles City with Pastor Jim Beranek officiating. Inurnment will take place at a later date.
Visitation will be held from 5:00 p.m. to 7:00 p.m. on Wednesday, January 31, 2018 with a Masonic Service starting at 7:00 p.m. at Hauser Funeral Home.

Visitation will continue one hour prior to the service on Thursday at Trinity United Methodist Church.

He was preceded in death by his parents, Lewis and Thelma Smith.

In lieu of flowers, donations can be made to the Knights Templar Eye Foundation, www.knightstemplar.org/ktef/, or any charity of your choice.
Hauser Funeral Home, (641) 228-2323, in Charles City, is in charge of local arrangements. Online condolences may be left for the family at www.hauserfh.com.