IOWA FALLS – A Northern Iowa man is in jail after he was accused of lascivious acts with a child.

Christopher Michael Fogarty, age 18 of Rowan, has been charged by Iowa Falls police with lascivious acts with a child. He allegedly inappropriately touched a female child in Iowa Falls in June of this year. Fogarty was taken to jail on July 7 and held until July 10, when he was released with supervision to the Department of Corrections. 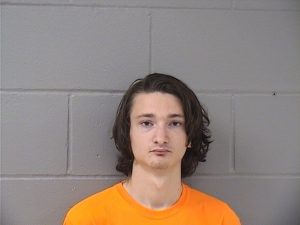