This news story was published on July 8, 2017.
Advertise on NIT • Subscribe to NIT

WEST DES MOINES – A man Governor Kim Reynolds is “proud to have leading our campaign team” for the 2018 election has been arrested in West Des Moines for public intoxication.

Phil Valenziano, age 32 of Des Moines, was arrested in West Des Moines on June 24 after he encountered a police officer. A report states the officer observed Valenziano urinating hear a popular night spot in the trendy suburb, and then he tried to leave, but the officer stopped and arrested him.

Valenziano later took a deferred judgement, was put on probation for a year and was ordered to pay $125.00 in court fees.

Valenziano was picked not long before his arrest to lead the Kim Reynolds and Adam Gregg election campaign for 2018, saying she was “proud” he and others had taken roles in the campaign. 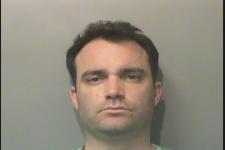