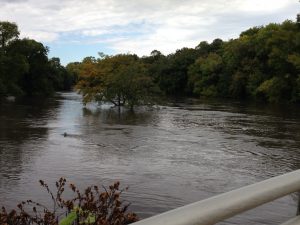 DES MOINES –Gov. Terry Branstad and Lt. Gov. Kim Reynolds today released information on the state response to flooding in Northeast Iowa, as well as how the State of Iowa is assisting local communities in their preparations and response to anticipated flooding in the days ahead. State resources coordinated by Iowa Department of Homeland Security and Emergency Management (HSEMD) stand ready to assist local governments impacted by the flooding. Gov. Branstad has verbally declared a disaster proclamation for Butler, Chickasaw and Floyd counties. Additional counties are expected to be added to the disaster proclamation and a formal proclamation is expected in the days ahead.

“We’ve been closely monitoring flooding that will significantly impact a number of counties,” said Branstad. “The state of Iowa stands ready to assist all local governments as they respond to this threat. We are already providing a number of flood mitigation tools to assist and expect more in the coming days. This afternoon, I spoke with Cedar Rapids Mayor Ron Corbett informing him that the state stands ready to assist Cedar Rapids to prepare and respond to the expected flooding next week. Iowans should take the necessary precautions to remain safe until the flooding has receded.”

Reynolds added, “Heavy rains have already affected Iowa families and businesses. In the days ahead, we anticipate extensive flooding along the Cedar River eventually affecting Cedar Rapids. The state is proactively assisting in staging sandbags, deploying water pumps and flood barriers, placing traffic barricades and providing assistance to law enforcement in affected areas. I’ve been humbled by the response of friends and neighbors, law enforcement, emergency responders, non-profits and local governments to come together during challenging times like these. The governor and I stand ready to assist the citizens of Iowa until the flooding has diminished and the recovery after.”