MASON CITY – A possible illegal alien was caught by a deputy early this morning as he sped through town, allegedly intoxicated.

A Cerro Gordo county deputy stopped a vehicle at the intersection of Monroe Avenue and State Street at about 1:52 AM, as it was traveling above the posted speed limit. The deputy investigated and found that the driver, 25-year-old Ricardo Nava-Hernandez had no driver’s license. The deputy also determined that Nava-Hernandez was intoxicated. He was then arrested and taken tot he county jail.

The sheriff’s office placed on ICE detainer on Nava-Hernandez. This means Nava-Hernandez may not be a legal citizen of the United States and could be deported at some point. 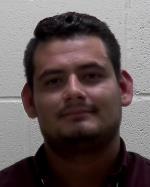