This news story was published on May 28, 2015.
Advertise on NIT • Subscribe to NIT 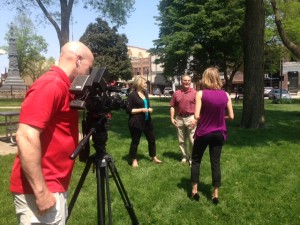 MASON CITY – An event is being planned to mark the 20th anniversary of the disappearance of Mason City news anchor Jodi Huisentruit.

Beth Bednar, author of “Dead Air – The Disappearance of Jodi Huisentruit”, and a couple members of the findjodi.com team, Caroline Lowe and Jay Alberio, were in Mason City Wednesday handing out fliers to inform the public of the event, which is scheduled for June 27.

“We would like to host a walk to remember Jodi,” said Beth Bednar. “We will start at the Key Apartments and walk to KIMT, to finish Jodi’s journey, her intended destination that morning.” Jodi Huisentruit vanished from the Key Apartments on North Kentucky Avenue at about 4:30 AM on June 27th, 1995, and no trace of her has been found since.

“We got to do something,” said Bednar, “for the twentieth anniversary of Jodi’s abduction. It doesn’t matter if there are only a couple dozen people that show up or a couple hundred, it’s about honoring Jodi.” 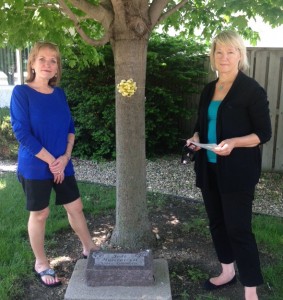