MASON CITY – A Mason City man is in jail for violating his probation for driving while suspended, and pled guilty earlier to a theft charge.

Dustin Travis Burkhardt, age 26, was jailed Friday afternoon on a probation violation connected to a driving while barred charge. He had been stopped in July of 2013 and was arrested along with two other people who were charged with drug possession.

Burkhardt also pled guilty this past June to a charge of fifth degree theft after he was arrested by Dysart, Iowa police.  He was ordered to pay $233.94 in fines and court costs, booths yet to make a payment. 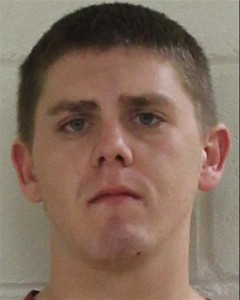