This news story was published on March 6, 2014.
Advertise on NIT • Subscribe to NIT

CHARLES CITY – According to a report, the Charles City School Board decided on a plan for school facilities and has moved to build a single campus high school and middle school.

The Charles City Press reported Thursday evening that the board voted 4-1 to build a new single campus to replace the current middle and high school buildings “on property other than what is owned by the school district. Superintendent Dr. Dan Cox was instructed to start seeking land. A bond referendum is planned for September.”  The plan was known as the “purple plan” to those who were following the developments. 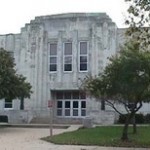 The town has faced a dilemma in recent months over the future of its existing middle school and high school, with several proposals brought before the public for discussion and consideration.

On Tuesday, the board reported that “after 45 days of town hall meetings and public input that have been attended by 1200+ people, the board will choose between the Blue and Purple plans and begin the process of formulating the Orange Plan that will go before the voters in September.”

In January, Dr, Cox proposed that the board establish 3 different plans for discussion purposes and that it direct him to conduct a series of town hall meetings and small group meetings beginning in January, soliciting feedback from students, parents, staff, and community members about the 3 plans.

The board has chosen the “purple plan”, described this way: 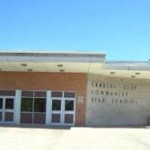 As part of the Purple Plan, Carrie Lane HS would be relocated to the existing MS building along with the school district’s pre-school program. The District offices remain as well. The building becomes a joint public/private partnership with whichever entities are the best match. Athletic fields would remain in their existing locations unless money was raised through donations and/or naming rights to build them at the new school site on the south side.

Voters will have to decide on the plan at the polls in September.