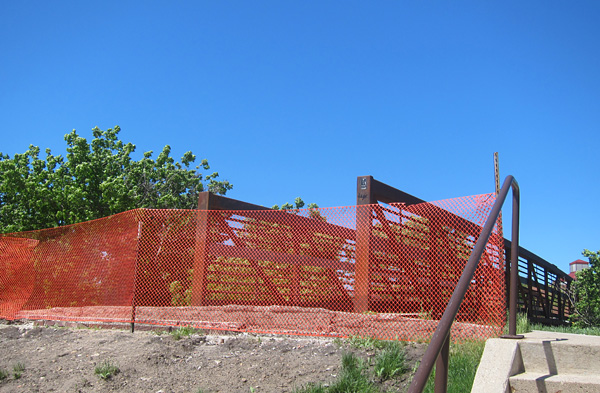 MASON CITY – It was confirmed on Friday that vandals destroyed a brick wall near Southbridge Mall this week.

According to Mason City Operations and Maintenance Director Bill Stangler, a brick wall directly south of the pedestrian bridge south of the mall was pulled down by vandals earlier this week.  Stangler had city staff erect an orange mesh fence temporarily in its place until a new wall can be built.

“It was vandals,” Stangler said Friday, “probably Monday or Tuesday.”

He was not sure of the cost to replace the wall, but said the city’s insurance policy will not likely cover the cost.  “It’s not enough,” of a project to turn in for insurance, he said.

The wall was in very poor shape prior to the vandalism.  The top row of bricks was pulled of and some of them were on the ground.