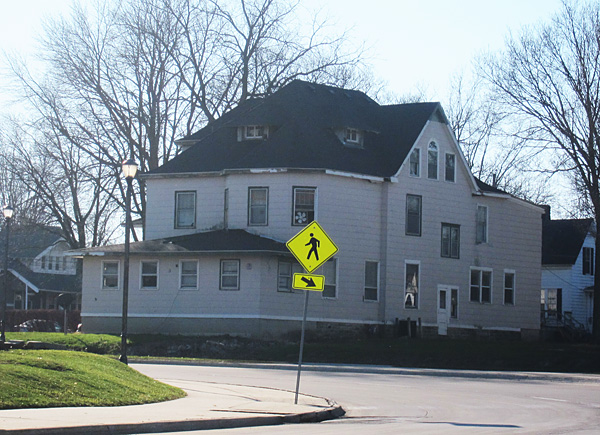 MASON CITY – Police have been busy over the past week keeping order at an apartment house near Mason City’s downtown.

Beginning last weekend, Mason City police confirmed multiple calls to 410 N. Washington Ave. Police were able to provide details on some of the cases but others are still under investigation.

On November 14th, Mason City police had to respond to the residence after a resident complained that  his landlord locked him out of his apartment before his eviction date.

On November 12th at 3:42 AM, police took a report of a disturbance at the residence.  A 19 year-old female from Mason City, Melanie Nicole Gerken, was arrested for trespassing.  Gerken immediately plead guilty and was assessed $195.00 in fines and court costs.

On November 11th at 10:57 AM, police officers were dispatched to the residence for a disturbance.  An un-named adult female was charged with simple assault.

On November 11th at 11:28 PM, police responded to a report of two females fighting at the residence. The female that didn’t live at the apartment complex was told by police to leave and not return.

On November 11th at 10:43 PM, police responded to a report of a domestic dispute at a residence. The subjects involved had left the apartment building prior to the officers arriving.

Also recently, on November 8th, a Mason City man with violent history, Michael Randal Olson, 31, was arrested at the residence on a warrant, then charged for drug possession.  Olson faces a hearing on November 21st in that case and a November 19th hearing on two child endangerment charges.

The property is owned by SHECHEM LLC, out of St. Ansgar.