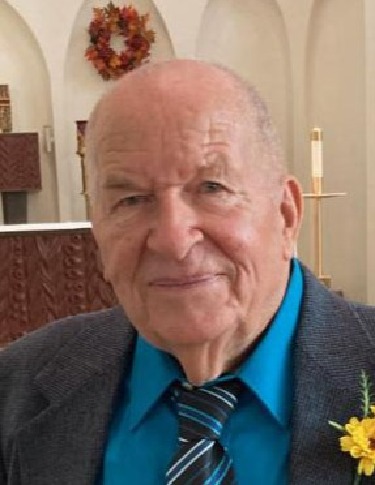 Dean was born January 2, 1936 in Stacyville, the son of Reinhart and Margaret (Hemann) Adams. He was united in marriage to Veronica Schrage on December 27, 1958, at the Visitation Catholic Church. The couple went on to have five children, David, Kenny, Roger, Susan and Jill. Dean was a member Visitation Catholic Church. Dean was a member of the Knights of Columbus and an Army Veteran. He enjoyed spending time with family, visiting with neighbors & friends, canning pickles, gardening, playing cards, jigsaw puzzles, bowling, golfing and fishing.