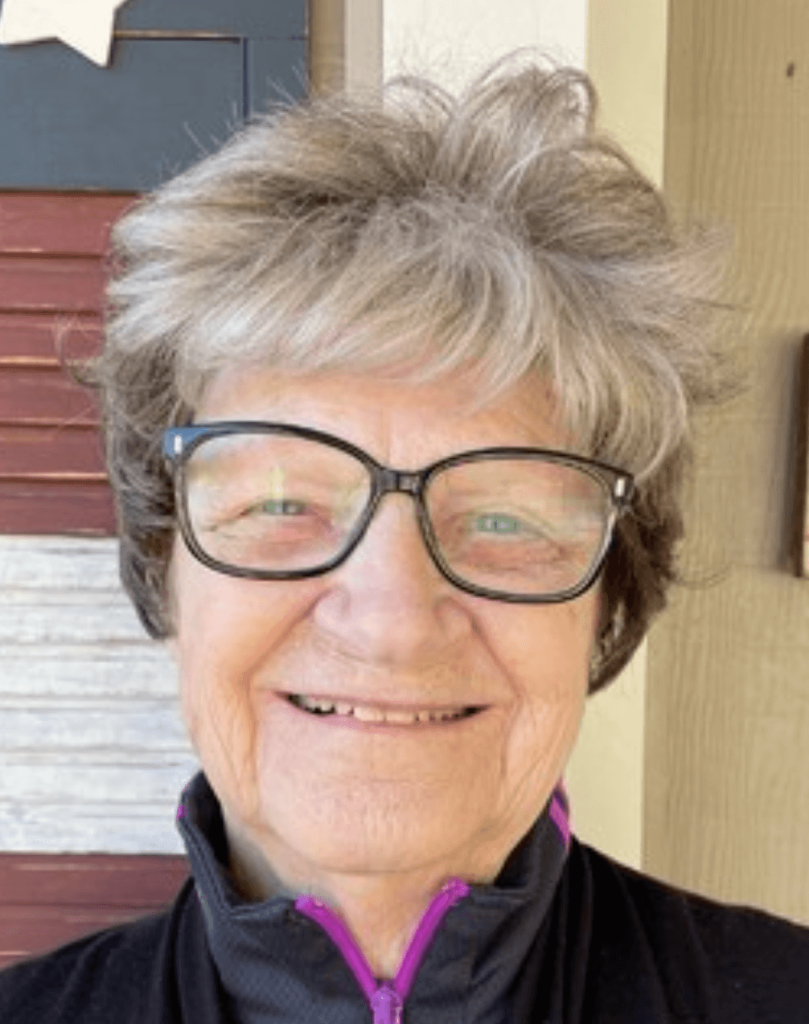 A Celebration of Thelma’s Life will be held on Saturday, February 18, 2023 from 1:00 – 3:00 PM at Ewing Funeral Home, 111 Luick’s Lane South, in Belmond. Memorial graveside services at the Belmond Cemetery will be private.

Thelma June, the twelfth of fourteen children of Henry H. “Hank” and Florence (Gerdis) Meyers, was born on July 6, 1933 in Belmond, Iowa. She was raised and educated in Belmond, graduating from Belmond High School with the Class of 1952.

Following high school, Thelma attended Omaha Bible school for one year prior to returning to Belmond, where she held many jobs throughout the years, including as a cook at the Belmond Community Hospital, at the bakery, at Redders Drug, at True Value and then at C.D.I.

Thelma married Dennis Pals of Meservey. The couple farmed and raised three children, Robert, Denise and Lisa. She enjoyed helping with the field work at harvest and doing chores. They later divorced.

Thelma moved to Clear Lake in 1999. She worked at the Super 8 motel, Casey’s and in the kitchen at Clear Lake Schools. She was most recently a resident of Apple Valley Assisted Living in Clear Lake.

Thelma’s Christian faith was central to her life, she was baptized and accepted Jesus Christ as her savior while attending the Baptist Church in Belmond. She later transferred her membership to the Reformed Church in Meservey, where she taught Sunday School and Bible School. She was also a member of the RCW.

Thelma had a great personality and sense of humor. She loved everyone and everyone loved her.

Thelma loved her family, especially her children and grandchildren.

Thelma is survived by her children, Robert (Lori) Pals of Marion, Denise (Dan) Ouverson of Fertile, and Lisa (Jeff) Carnes of Durant; grandchildren, Erin (Argenis) Acosta and their children, Madelyn and Isabelle, of Marion, Joshua Pals of Marion, Jake (Ashley) Ouverson, with a baby on the way, of Osage, Carly Ouverson of Davenport, Haleigh Carnes of Davenport and Jeremy Carnes of Durant; a special “unofficial daughter” Michelle Ahrens of Minnetonka, Minnesota; one sister Shirley Kvale of Lake Mills; along with numerous nieces, nephews, other relatives and friends.

Thelma was preceded in death by her parents, and by twelve siblings.