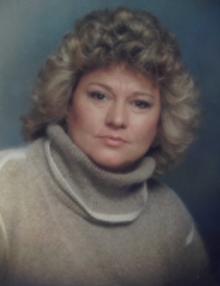 After graduating from Charles City High School in 1963, Ginny went on to graduate from LaJames School of Beauty and Hamilton Business College. She worked for Black Hawk County as a Social Worker. She then went on to purchase The Time Out Lounge in New Hampton. Later on she was employed by the Chickasaw County Sheriff’s Office as a dispatcher. Upon retirement from the Sheriff’s Office she moved back to her hometown of Charles City to be near her children.

Ginny loved spending time at her home decorating her house and tending to the flowers in her yard. She enjoyed drinking her morning coffee while watching the Cedar River from her front window. Cooking, baking and visiting with family were some of her greatest pleasures.

A lover of animals, Ginny fed the squirrels, birds, ducks, and stray cats that visited her yard, some of the cats becoming beloved pets.

Ginny is survived by her three children: Tammy (Roger) Sutton of Charles City, Devon (Evelyn) Schroeder of Charles City, Rod (Diane) Starkey of Landstuhl, Germany, and sister-in-law, Vicky Schroeder. She was preceded in death by her parents, and brothers, Russell Schroeder Jr. and Gary Schroeder.

Ginny’s favorite place to vacation was Door County, Wisconsin in the fall, which she will visit one last time. Per her request, there will be no services.