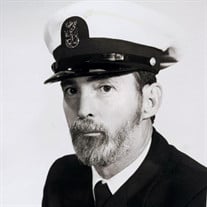 Robert Dean Graham, 83, of Manly, passed away surrounded by his family Tuesday, October 4, 2022 at his home.

A memorial service will be held at 11am on Saturday, October 8, 2022 at The Salvation Army, 747 Village Green Dr SW, Mason City. A public visitation will take place thirty minutes prior to the service.
Memorials can be directed to The Salvation Army or MercyOne North Iowa Hospice.

Robert Dean was born on January 12, 1939 in Stephenson, West Virginia to parents James and Minda Graham. One of five children, Robert attended a one-room schoolhouse in his youth and began work in the coal mines at an early age. Robert quickly realized the mines were not suited to his aptitudes, and joined the United States Navy. His career in the Navy spanned twenty years in a variety of duty stations, both overseas and stateside, during times of war and peace, and resulted in him achieving the highly respected rank of Command Master Chief.

Robert met Rita Vae Liles in 1970 while serving as a recruiter for the Navy in Portsmith, Ohio. They married on June 28, 1975 in Pearisburg, Virginia, eventually forming a family of four children: Melanie, Samuel, Amanda and Rebecca. After retiring from the Navy in 1978, Robert went on to work for P&G at locations around the country. The family moved to North Iowa in 1997 after Robert was hired by Con Agra in Mason City.

Robert’s passion for woodworking led to the creation of many beautiful works that are displayed in his home and shared throughout his family. He was keenly interested in computers, and conducted extensive research into the genealogy of his family. His quick wit allowed him to amuse those around him with rhyming meter and improvised song. He loved his dachshunds with a devoted intensity.

Robert is preceded in death by his parents, his siblings Carl Graham, Pearl Gale, Fannie Stevens and Opal Graham, as well as by his beloved dachshund, Samantha.