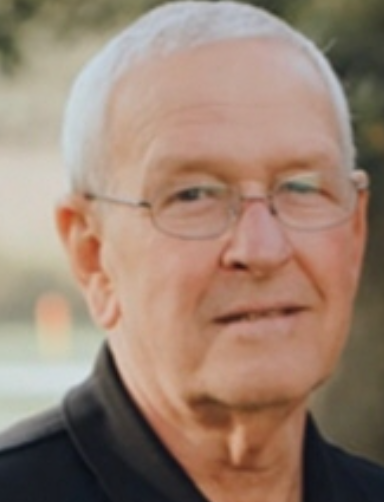 David Barrett, 74, of Mason City, died Thursday, August 25, 2022, from complications of esophageal cancer. He left this life at home surrounded by family. A memorial service will be held at 10:30 a.m. on Wednesday, August 31, 2022, at Major Erickson Funeral Home, 111 N Pennsylvania Ave. Visitation will be held from 4 to 6 p.m. on Tuesday, August 30, 2022, at Major Erickson Funeral Home. Memorials can be directed to the family of David Barrett

David Alan was born Jan. 27, 1948, to Elmer and Emma (Laschober) Barrett in Chicago, Ill. A sister, Donna, soon followed. Dave was a graduate of Lindblom High School in Chicago and Wartburg College in Waverly, Iowa.

His life’s work, caring for people with disabilities, took him to the Martin Luther Home in Beatrice, Neb. Dave married the love of his life, Karen Louise Wicklin, also of Chicago, on Dec. 4, 1970.

The family moved to a lake home in 1985 and fell in love with life by the water; their summer days were spent fishing, boating, swimming, and enjoying sunsets. Dave’s love of fishing took him from Ontario to the Ozarks with his good buddy, Jim, and a cast of characters. Dave also loved tinkering around the house and following Chicago sports teams, especially the Bears and Cubs.

Dave and Karen were further blessed with four grandchildren: Maura, Emma, Jack and Lyla. They loved being grandparents and spoiled their little ones every chance they could get.

Karen died in December of 2010. Dave was never alone as he could count on the companionship of Bentley, a stinky but much-loved pug.

Dave kept busy in his ‘retirement’ years attending family events and playing host during the holidays. He also worked a few hours a week at Hy-Vee East in Mason City.

Dave was preceded in death by Karen, his parents, sister, and Bentley. He is survived by his children Doug (Mariah) Barrett, and Kara (Dustin) Anderson; grandchildren Maura (Weston) Butkus, Emma (Trevor) Safina, Jack (and girlfriend Dawson), and Lyla Anderson; and a great-granddaughter, Poppy Butkus.