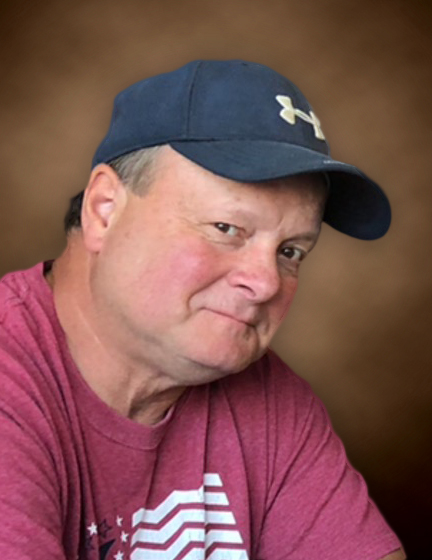 In lieu of flowers, donations can be made to the Bishop Garrigan High School Athletic Dept.

Daniel J. Bormann was born on January 23, 1954, in Algona, son of Robert and Phyllis (Mergen) Bormann. He grew up on a farm near St. Joe, Iowa, and graduated from Bishop Garrigan High School in 1972.

After high school, Dan was employed by the Black Top Service Company of Humboldt and also for a short time at Triple F Feeds in Lu Verne, IA. Dan worked 42 years at Hormel, retiring in 2015.

Dan enjoyed softball and played for the Red Barn located in Bancroft IA, and the Golden Rams in Algona for many years. He also enjoyed tractors and restored Uncle Kenny’s Farmall M and enjoyed riding it locally. He enjoyed gardening and canning as well.

Dan had a passion for sports and rooted on the Iowa Hawkeyes, Iowa State Cyclones and Garrigan Bears. He enjoyed spending time at his shed and with family. He especially enjoyed time with his nieces and nephews and spent all year collecting quarters to be divvied out evenly at Christmastime.

Dan had a quick tongue for anyone who wanted to engage in a battle of wits and had a nickname for all family members. Dan had a few nicknames as well. He was known as “Stubby” and “Brooks” by friends and “Brown” by family.

He is also survived by his aunts, Dorothy (Jim) Shomaker of Humboldt and Marlene Bormann of Humboldt; and uncle, Joel (Kathy) Bormann of Dunedin, Florida.

He was preceded in death by his parents; a brother, David Bormann; and a nephew, Ryan Smith.