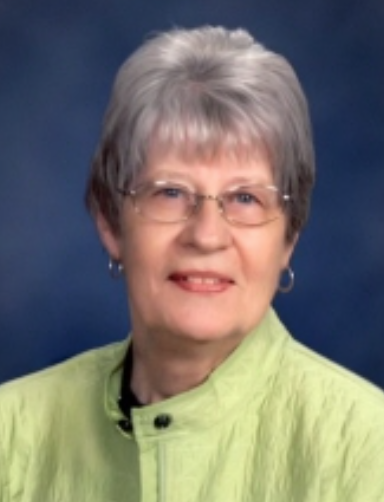 Jean Stocks, 90, Webster City, IA, formerly of Mason City, IA, died Saturday, July 9, at Crestview Nursing and Rehab Center in Webster City. Memorial services will be held at 1 p.m. on Thursday, July 21, at the First Congregational United Church of Christ, 100 First St. N.E., in Mason City, with the Rev. Margaret Hutchens officiating. There will be a time of fellowship with the family in the church’s Fellowship Hall following the service. Inurnment will be in the church’s columbarium.

Her first job was as a Home Economics teacher at Rockford High School in Rockford, IA, where she met the high school music teacher, Arthur F. Stocks. The two were married on May 29, 1954.

The couple later settled in Mason City, where Art worked for the American Cancer Society, and Jean worked as a dental assistant. Art and Jean had two daughters, Susan and Sarah.

Jean later worked as a part-owner of the craft consignment shop, The Apple Barrel; and as the Displaced Homemaker Coordinator at NIACC.

Jean was a member of the First Congregational United Church of Christ where she served on the church board; Sigma Sigma Sigma and Beta Sigma Phi sororities; Chapter KW, PEO; and Questers.

The family thanks the staff at Homestead Assisted Living, Mason City, and Crestview Nursing and Rehab in Webster City, for their friendship and care the past few years.

Memorials may be left to The First Congregational UCC in Mason City.