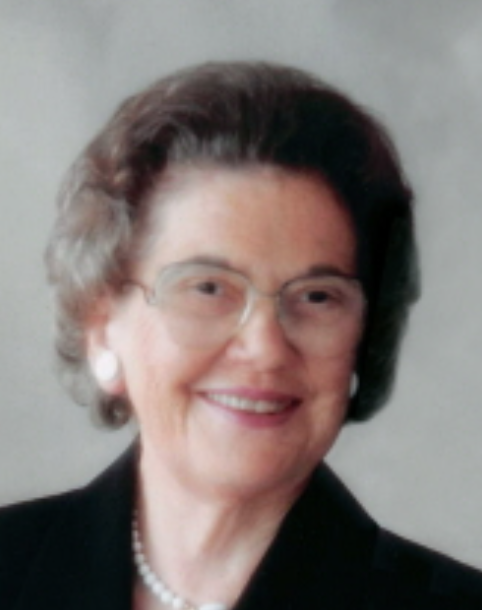 Virginia Faktor passed away peacefully on Thursday, June 2, 2022, at her home in Littleton, Colorado. She was 98. A private funeral service will be held at Major Erickson Funeral Home. Interment will be held in the Plymouth Oakwood Cemetery. In lieu of flowers memorials can be directed to the family of Virginia Faktor memorial fund.

Virginia was loyal to friends, dedicated to her work, and immensely proud of her family. She was outspoken but compassionate. She was indomitable, tenacious when necessary, and physically stronger than her size would imply. Above all, she was a loving and devoted wife, mother and grandmother. And when it came to her time, she was forever selfless.

Virginia Lenore (Schultz) Faktor was born March 17, 1924, in McGregor, Iowa, the first of five children to Benjamin and Meda (Zahn) Schultz. After graduating from McGregor High School, she went to the University of Dubuque and earned a Bachelor of Science in secondary education, an uncommon achievement in the 1940s, especially in an era which favored the education of men. She moved to Plymouth, Iowa to teach high school science, where she met LaVerne “Bud” Faktor. The couple married one and a half years later, on June 9, 1951. Bud was drafted in the Korean War that year, and for their “honeymoon,” Virginia went with him to Fort Bliss, Texas, where he was stationed in the Army for two years.
After moving back to Plymouth, Virginia taught home economics at North Central High School in Manly while raising three children with Bud, and retiring only after her youngest graduated from college.

In retirement she remained just as active, volunteering her time with many community organizations and exploring several hobbies, most of which centered around creating joy for those she loved. For years she was a member of the American Legion Auxiliary, organized the high school concession stand and prom fundraiser, participated in bake sales and other activities at United Methodist Church in Plymouth, volunteered as a poll watcher on Election Day, hunted the Iowa countryside for antiques with her husband, sewed handmade quilts for all her children and grandchildren (several times over), researched and self-published a 127-page Schultz family genealogy, and traveled the country with her grandchildren on vacation. She also worked part-time as a seamstress, a school secretary, as a billing clerk for her daughter’s business, and selling prints at an art gallery. Throughout her life, she religiously attended her children’s, and later her grandchildren’s, myriad school activities.