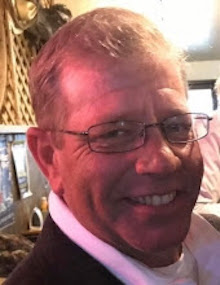 Bryan B. Byre, 47, of Bondurant, Iowa, passed away in a motor vehicle accident on Thursday, June 2, 2022, south of Des Moines. A visitation will be held from 4 to 6 p.m. Thursday, June 9, 2022, at Major Erickson Funeral Home, 111 N Pennsylvania Ave. A funeral service will be held at 10:30 a.m. Saturday, June 11, 2022, at Hickey Funeral Home, 215 S Main Street, Chamberlain, South Dakota. Visitation will be held one hour prior to the service time. Interment will be held in the Riverview Cemetery in Chamberlain. Memorials may be directed to the family of Bryan Byre.

Bryan was born on October 8th, 1974, in Mitchell, SD to Dale and Gail Byre. He attended high school in Mason City, IA and graduated in 1993. He then attended NIACC in Mason City for a short term. He then went on to work at several different businesses, eventually making a career working on billboards for the past 22 years at Lamar Advertising in Des Moines, IA. He was united in marriage to Stacy (Avise) Vasquez in 2001, and later divorced.

He enjoyed drag racing his Dodge Demon, gardening, cooking, and spending time with his dogs Gunner and Dixie. He also enjoyed going to South Dakota to pheasant hunt with his dad, brothers, and cousins. The trips were all memorable, though not always productive, as sometimes the pheasants refused to cooperate.