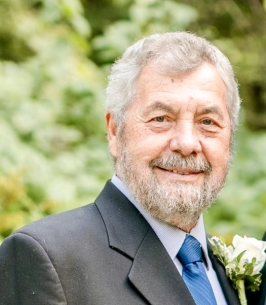 John grew up in the Mallard and Laurens area and graduated from Laurens High School in 1967. He was united in marriage to Evonne (Hansen) Oleson on September 17, 1977, in Estherville, Iowa. They celebrated 44 years together. John and Evonne farmed in the Gruver area for all those 44 years and enjoyed many winter vacations in Mexico together.

John was a member of Trinity Lutheran Church in Estherville. He enjoyed sports of golf and bowling, but mostly hunting and four-wheeling the hills of South Dakota with his adventurous comrades. John was a man who made friends easily and kept them for a lifetime. He was the first of eight siblings, who would see one another intermittently throughout the years. They were always close in mind and spirit when they did find time to gather.

John is preceded in death by his parents, brother George, son Robert Cook and twin infant granddaughters, Penelope, and Pricilla.