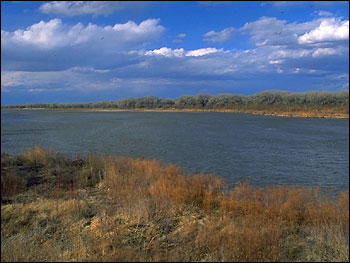 DEL RIO, TX – Border Patrol agents assigned to protect the Southern border in Texas recovered the body of a small child from the Rio Grande River on May 5, 2022.

On May 2, agents encountered a husband and wife from Angola who had illegally crossed the Rio Grande River approximately one mile west of the Del Rio International Bridge. The couple informed agents that their two boys, 7 and 9 years old, were swept away by strong river currents while attempting to cross into the United States. A Del Rio Station Boat Patrol unit was deployed to the area where the incident occurred in an attempt to locate the children. Del Rio Sector’s Foreign Operations Branch contacted the law enforcement counterparts in Mexico for coordinated assistance.

The mother and father were taken into custody by Border Patrol agents and processed as per CBP guidelines.

On May 5, a body of a child matching the family’s description was found near the riverbank on the Mexico side of the Rio Grande, by Mexican authorities. The body of an adult man was also found in the vicinity of the search area. Efforts are still ongoing to locate the other child.