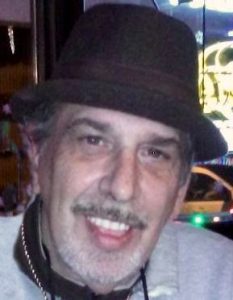 Gary received his AA degree from Ellsworth Community College and later earned a degree in Mortuary Science at Worsham College of Mortuary Science in Wheeling, IL in 1982. He had a strong desire to be a funeral director following his father’s death. After serving his internship at Merle Hay Funeral Home in Des Moines, he joined the Snell-Zornig Funeral Home in Clinton, until the purchase and start up of Nelson Funeral Homes in LeClaire in 1987, where he served the communities of LeClaire, DeWitt, and Clinton until 1999.

Gary Nelson was raised in Nashua, Iowa. While serving his internship in Des Moines, he met and married Christine Stumpf and they relocated to Eastern Iowa to pursue a life in the funeral service. Out of this union, were born two daughters; Leslie and Meredith and one son, Ethan. Together they co-owned and operated Nelson Funeral Homes in LeClaire, DeWitt, and Clinton while raising their children. After this union ended, he continued to operate the funeral homes until 1999 when due to health reasons, moved on to other passions.

Gary Nelson never met a stranger. He was a past member of Lion’s Club and the Masonic Lodge in LeClaire.

Preceded in death by: his parents; and his faithful companion, his dog, Gracie.

Private Family Graveside Services will be held in the Willow Lawn Cemetery in Plainfield, Iowa, with a public Celebration of Life Gathering from 1-4 p.m. Saturday, April 9, 2022, at Locke at Tower Park, 4140 Kimball Ave. Waterloo, Iowa 50701.

Direct memorials to the family who will later donate to a mental health charity.