LINCOLN, NE – The Hawkeyes recorded their eighth 20-win season of the Fran McCaffery era with Friday night’s 88-78 victory over Nebraska.

Iowa has won six of their last seven games to improve to 20-8 overall and 10-7 in the Big Ten.

Iowa notched its 20th victory of the season for the eighth time in the Fran Mccaffery era, including its fourth straight.

Iowa has now won 10 or more Big Ten games in seven of the last eight seasons.

The win is Iowa’s first in Lincoln since Feb. 22, 2015, and is the fourth straight victory in the series.

The Hawkeyes have won five true road games this season, including three straight.

Iowa had a season-high six players finish in double figures for the first time this season.

Perkins had a career-high eight field goals and tied a personal-best with two 3-point field goals.

All-America candidate Keegan Murray finished with 15 points and 11 rebounds for his seventh double-double of the season (and his career). It was Murray’s eighth double-digit rebounding contest of his career.

Iowa improved to 16-2 this season when scoring 80+ points and a perfect 17-0 when outrebounding its opponent.

The Hawkeyes will host Northwestern in their home finale on Monday at 7 p.m. (CT) on Mediacom Court inside Carver-Hawkeye Arena. It will be “Senior Night” and the game will be televised on BTN. 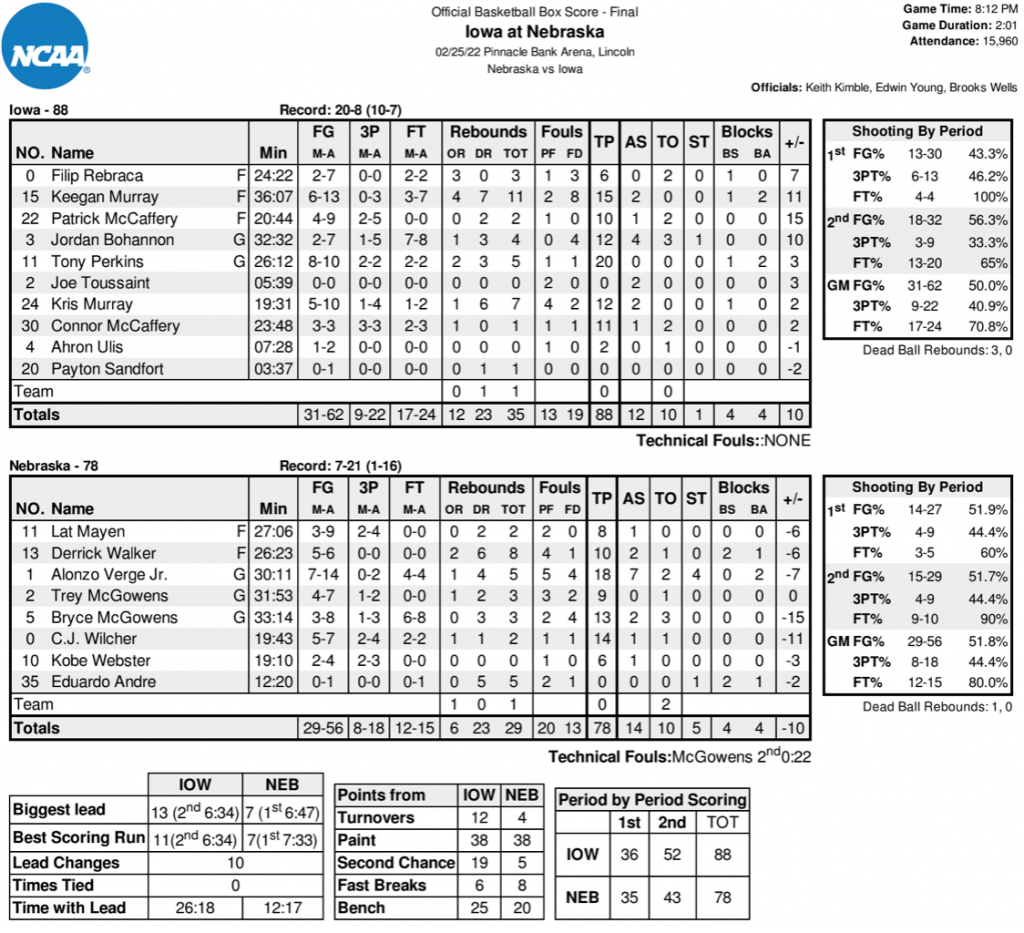