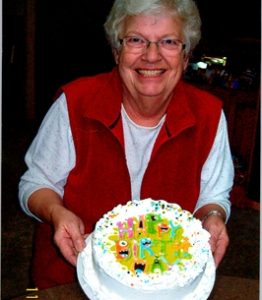 In lieu of flowers, memorials may be given to St. Croix Hospice

Sheryl graduated from Lincoln Central High School in Gruver, Iowa. On April 6, 1963, she was united in marriage to Robert D. Jones at the Gruver Presbyterian Church. The couple made their home in rural Superior, where they raised their two boys Kevin and Jeffrey. Sheryl enjoyed her job doing office work at Graves Grain Elevator and later the Superior Coop for 40 years, retiring in 2006.

Sheryl was affiliated with the Presbyterian faith. Visiting cemeteries on Memorial Day, was very important to Sheryl. She enjoyed attending family reunions at Gull Point and any time spent with her family. She was quite handy and made many crafts and sewing projects. Gardening and yardwork filled much of her spare time.

Sheryl is preceded in death by her parents.