Iowa has won five of its last six games and improved to 10-1 at home this season.

Sophomore Kris Murray posted his first career double-double (29 points, 11 rebounds). Murray had personal bests in both scoring and rebounding, tying his career high in the first half with 17 points.

Jordan Bohannon drained his 400th career 3-pointer at the 14:06 mark of the first half. He is one of 20 players in NCAA history, and fifth player from a Power 5 Conference, to make 400 triples in a career. Bohannon finished the contest with 11 points and an assist.

Iowa forced 23 Indiana turnovers, tying the second most by a Hawkeye opponent this season (24 versus Western Michigan; 23 versus Portland State).

Tonight was the only regular season meeting between the two teams.

Iowa returns to action on Saturday at Minnesota (10-4, 1-4). Tipoff is scheduled for 1 p.m. (CT) at Williams Arena in Minneapolis. 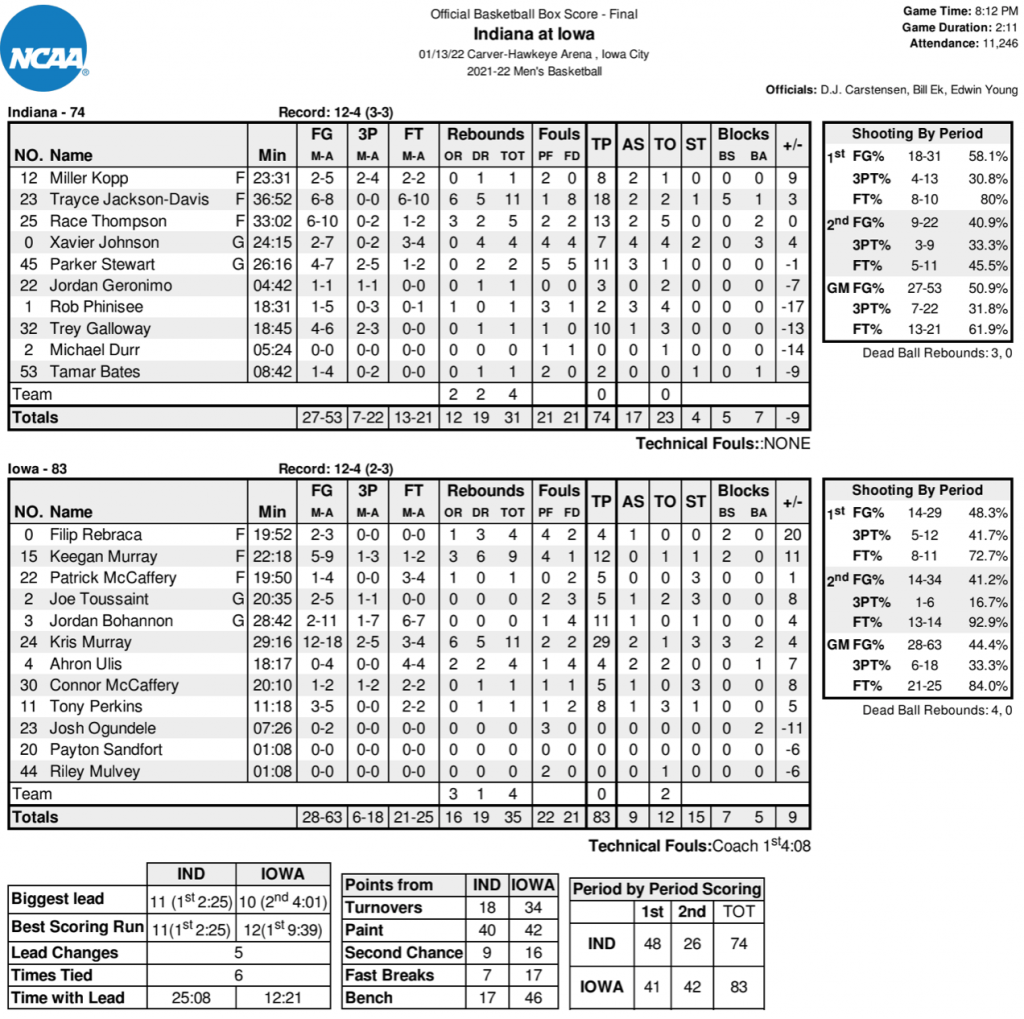