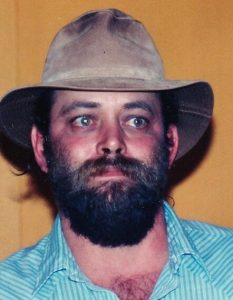 Donald “Don” Fischer, 62, of Parkersburg, IA passed away on the morning of Friday, December 31, 2021, at Unity Point Allen Memorial Hospital in Waterloo, IA.

Following Don’s wishes, cremation rites have been accorded and there will not be any public services held at this time. Don’s family will be holding a celebration of his life in the Spring. Memorial contributions may be directed in Don’s name to his family which will later be designated elsewhere. For further information or to leave an online condolence please visit www.abelsfuneralhomes.com.

Donald Eugene Fischer was born on May 1st, 1959 in Waterloo, Iowa, the son of Martin and Romona Trainor (Linhart) Fischer who later divorced. Donald attended Lowell elementary in Waterloo and then later moved to California with his family, where he attended and graduated from March High School. He later met Cathy Kelso and helped raise her three boys as his own; Ted, Travis and Tod were the apple of his eye. Later they moved to Kansas where he worked as a mechanic. Don had a love for spending time making memories with his family and friends, especially when they were out on the lake, catching fish and telling fish stories.

He is preceded in death by his parents: Martin Fischer and Romona Trainor; one brother: Lance Zink and a great-nephew: Jacob.