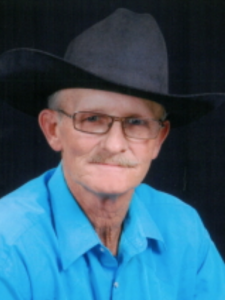 Michael “Mike” Reams, 73, of Charles City, passed away on December 14, 2021, due to complications related to cancer.

A funeral Mass for Mike Reams will be held at 2:30 p.m. on Saturday, December 18, 2021 at Immaculate Conception Catholic Church with Reverend Tom Heathershaw officiating. Burial will be at St. Mary’s Catholic Cemetery (Rose Hill Cemetery) in Greene at a later date.

Visitation will be from 5:00 to 7:00 p.m. at Hauser Weishaar Funeral Home on Friday, December 17, 2021 and will continue one hour before the funeral Mass on Saturday at the church.

Michael “Mike” David Reams was born May 8, 1948, to Virginia (Meek) and James Reams of Charles City. He was a 1966 graduate of Charles City High School. During his high school career, he was a phenomenal wrestler for the Comets; in 1964, he wrestled in the state finals against the legendary Dan Gable, where he held him on the brink of defeat up until the final seconds of the match. In 1968, he was drafted into the United States Army, where he served in the Vietnam War until April of 1970. After returning from service, Mike married Roberta (Sekander) Reams on September 30, 1972 (divorced 1990). Together they had five children: Matthew, Daniel, Kathryn, Troy, and Kent. They made their home in Colwell where he worked as a farmhand until 2012. Post-retirement, he began working at Riverside Cemetery (St. Charles Cemetery) until August of 2021.

Mike enjoyed attending any and all Comet sporting events. He particularly loved watching all of his grandchildren. He also found enjoyment in meeting his friends for coffee (10th Avenue Coffee Club), gardening in his spare time, and tinkering. Thirty-four years sober, Mike was a proud recovered alcoholic and a valuable mentor to others fighting the same addiction.

Although Mike was notorious for being the rugged cowboy type and for always wearing his cowboy hat and boots, he was also known for being immensely generous, caring, and kind-hearted. His fighting spirit will live on through those who knew him, and he will be greatly missed by all.