IOWA CITY – Fourteen members of the University of Iowa wrestling team compete Saturday and Sunday at the 2022 Southern Scuffle at McKenzie Arena in Chattanooga, Tennessee.

The schedule change is in response to a pair of cancelled events, including the Hawkeye Open and the Ken Kraft Midlands Championships.

Competition at the Southern Scuffle begins Saturday at 9 a.m. (CT) and Sunday at 10 a.m. A complete schedule of events is available at gomocs.com. 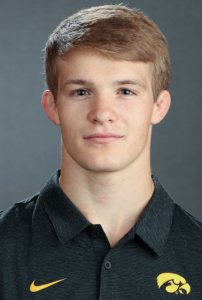 Ayala pinned his first two opponents and won the title match by major decision to win the Freshman/Sophomore Division in his college debut. Kennedy started the day with a pin and then won by technical fall in his next two matches in the 165-pound Open Division, capturing his first tournament title of the season. Costello rallied off three straight wins by decision to top the 285 Open Division. Henson was 3-0 on the day, including a 32-16 technical fall in the opening round.