CEDAR RAPIDS – An Iowa man who conspired with his daughter to distribute crack cocaine was sentenced today to more than three years in federal prison.

Kendell Lamont Thomas, age 47, from Dubuque, Iowa, received the prison term after a June 22, 2021 guilty plea to one count of conspiracy to distribute a controlled substance.

In a plea agreement, Thomas admitted that he conspired with his daughter to distribute crack cocaine, both utilizing the same cell phone. Information disclosed at sentencing showed that Thomas and his daughter distributed over 500 grams of crack cocaine by conducting approximately 1,000 drug-related transactions during an eight-month period in Dubuque in 2020.

Thomas was sentenced in Cedar Rapids by United States District Court Judge C.J. Williams. Thomas was sentenced to 37 months’ imprisonment, and he must also serve a three-year term of supervised release after the prison term. There is no parole in the federal system.

Thomas is being held in the United States Marshal’s custody until he can be transported to a federal prison. 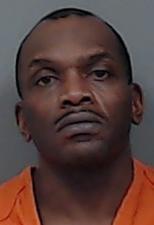