CEDAR RAPIDS – A Waterloo man, who escaped from federal custody was sentenced December 17, 2021, to twelve months in prison.

Darnell Henderson, age 25, from Waterloo, Iowa, received the prison sentence after an August 11, 2021 guilty plea to escape from custody.

Information disclosed at sentencing and at his plea hearing showed that, in October 2019, Henderson was sentenced to 31 months in federal prison after being convicted of possession of a firearm by a felon. As part of his sentence, Henderson was released to the custody of the Gerald Hinzman Center in Cedar Rapids following his release from the Bureau of Prisons. In April 2021, Henderson fled from the Hinzman Center and did not return. He was not located by law enforcement until June 30, 2021.

The case was prosecuted by Assistant United States Attorneys Ashley Corkery and Devra Hake and investigated by the United States Marshal’s Service. 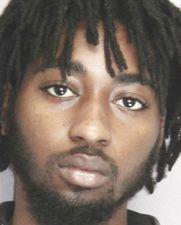